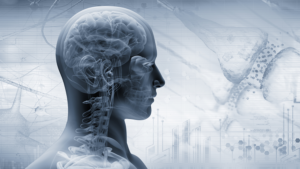 A vagus nerve stimulator is often called the pacemaker for the brain. Vagus nerve stimulation refers to the technique of implanting a small device to stimulate the vagus nerve and is considered when other treatments and medications have failed. Patients are under general anesthesia during the implantation procedure. As with some medical procedures, VNS has its side effects which include hoarseness, coughing, tingling in the neck, or difficulty swallowing. Side effects may vary with each patient and usually occur during nerve stimulation. Typically, patients adapt over time and side effects begin to diminish.

VNS helps prevent the onset of seizures in patients who suffer from epilepsy. The stimulation involves sending pulses of electrical currents to the brain through the vagus nerve. This nerve is considered to be a major part of the nervous system and stimulating it can be done to the left cervical or right cervical. The difference between these two therapies is in what they treat. Left cervical VNS treats epilepsy and depression while right cervical VNS treats heart failure. VNS is not FDA-approved to treat depression however some patients opt for this treatment method anyway. The stimulation technique can also be used to treat headaches. For the treatment of headaches, the VNS is not implanted. It is used from the outside to stimulate the cervical branch of the vagus nerve in the neck. This type of VNS treatment is most commonly used for episodic cluster headaches.

Let’s talk about VNS for epilepsy since it is most widely used for this neurological disease. As an FDA-approved therapy, VNS is an option for patients who do not respond to medication. These cases are otherwise referred to as resistant epilepsy or refractory epilepsy. The stimulation technique helps prevent or even lessen the severity of a seizure. Once the device is implanted beneath the skin on the left side of the chest, individuals hardly feel that the nerve is being stimulated. While some individuals may feel it upon the first occurrence, their bodies adapt over time. This little device is programmed to deliver regular pulses at intervals. The device works autonomously and there is no need for the individual to trigger it in any way. According to the Epilepsy Foundation, the way in which the stimulation helps control seizures is by increasing blood flow in specific areas of the brain, raising levels of neurotransmitters, and changing electroencephalogram patterns during a seizure.