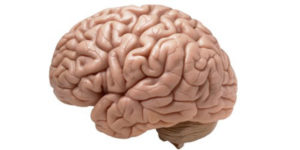 The brain is by far the most important organ in the body. Its capabilities are fascinating as it dictates the functionality in different parts of the body. There are four hemispheres of the brain. These are called lobes: frontal, parietal, temporal, and occipital.

Parietal lobe- Organizing and interpreting sensory information from other areas of the brain.

Temporal lobe- Visual and verbal memories, as well as interpretation of other people’s reactions and emotions.

Occipital lobe- Reading and anything else related to vision comprehension and interpretation.

As you can imagine, the brain is highly organized with several networks and structures. The cerebrum is covered in gray matter and consists of white matter. It controls mental processes. The cerebellum is the part of the brain that is involved in motor skills, coordination, and fine movements of the extremities. The cerebellum is also responsible for our balance and posture. The brain stem stands tall at the very front of the cerebellum and connects our brain to the spinal cord. It has three parts: midbrain, pons, and medulla oblongata. The midbrain controls eye movement and processes visual and auditory information. The pons is right underneath the midbrain and the nerves within this part of the brain stem are responsible for transmitting sensory information, as well as facial movement. The pons is the largest part of the brain stem. Lastly, the medulla oblongata is located at the very bottom of the brain stem and acts as the motherboard for the functionality of our heart and lungs. The medulla controls breathing, sneezing, and swallowing.

In the center of the human brain is the diencephalon. It is comprised of the thalamus, subthalamus, epithalamus, and hypothalamus. These four parts of the diencephalon are in charge of crucial bodily functions such as the release of hormones, relaying sensory signals, and sleep regularity related to the circadian rhythms.

Isn’t it amazing how many of the things we just mentioned happen thousands of times a day without us noticing? They are all a part of the miraculous abilities of the human brain.